The Cradle of Western Civilization

Greece is a land layered in history; the birthplace of western philosophy, Olympic games, democracy, and the arrival of Christianity through the preaching of Paul. Be humbled to visit the places touched by the apostles. Travel to Greece and the New Testament will come alive as never before.

Democracy began here and education and the arts flourished in its environment. Classical Athens was a powerful city that emerged  as a center for the arts, learning, and philosophy.  The heritage of the classical era is evident in this city with the many monuments, works of art, world heritage sites and museums.

The Meteora monasteries in Central Greece  will take your breath away! Meteora means “hovering or suspended in air” and indeed these spectacular geographical rock formations protrude thousands of feet into the air and are crowned by gravity defying monastic buildings.    Monks settled in the area in the 11th century and found the inaccessible rock pillars to be an ideal refuge.  More than 20 monasteries were built with six remaining occupied today.

“Dear visitor, the place you have just entered is sacred.”  This is the inscription that greets you at the entrance to the Cave of the Apocalypse, the site where the Apostle John wrote the Book of Revelation.  A fortresslike, 11th century monastery dedicated to Saint John overlooks the beautiful whitewashed houses of the hilltop city of Chora and the Grotto of John.  With no airport, this sacred island  is one  of tranquility and beauty in the blue of the Aegean Sea.

In the Footsteps of Paul

Every tour is custom-tailored for each group, but here is an example of the kind of tour we provide. 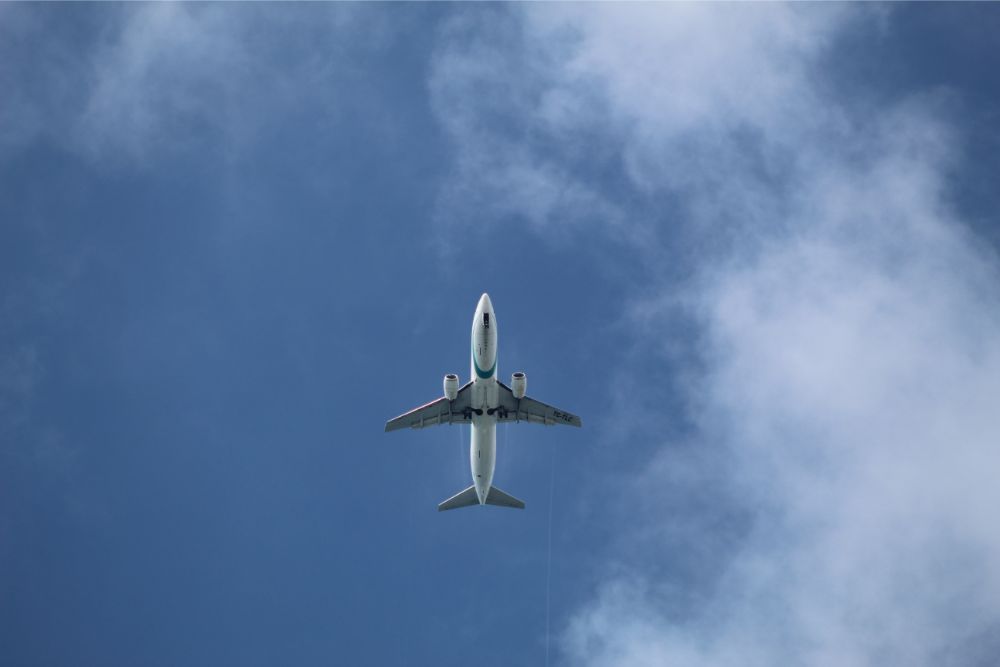 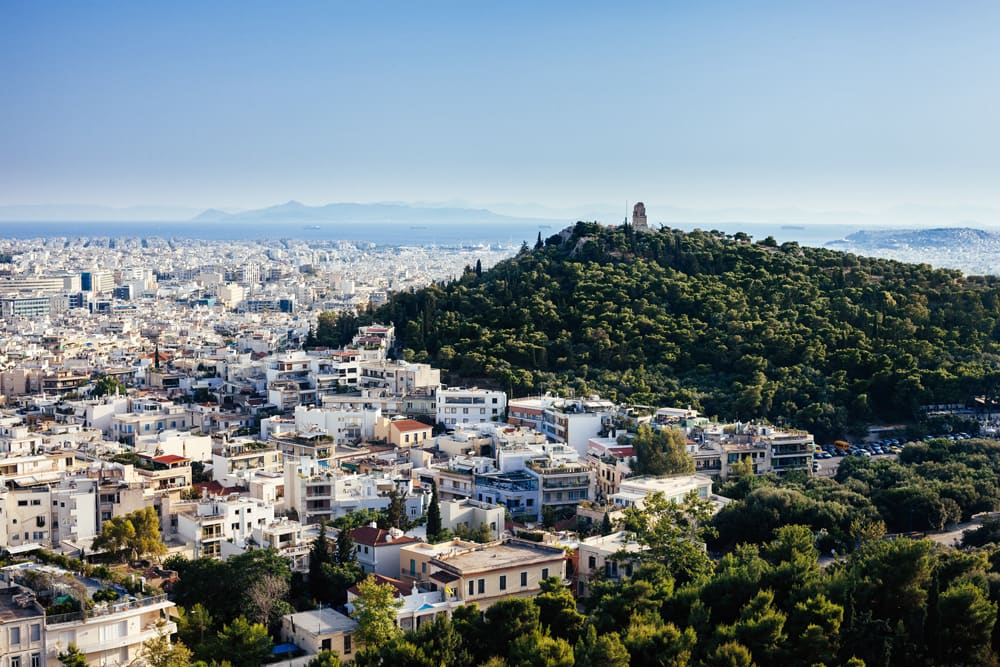 Arrive in Athens, Greece. The tour group will be met at the airport and assisted with arrival procedures. Enjoy a city tour in route to the hotel. Free to relax at the hotel or stroll along the streets of Athens for the remainder of the day. Dinner and overnight in Athens. 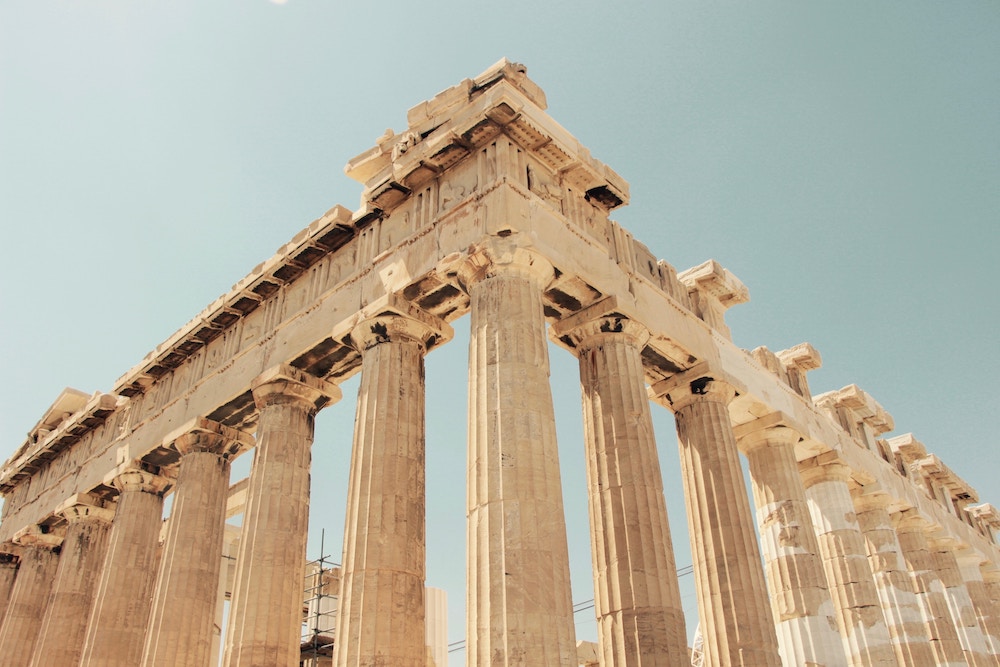 We begin our day in Athens, the city with the most glorious history in the world!  We start our day at the magnificent Acropolis, the crown jewel of Greece. Our guided tour will take us to the Propylaia, the Temple of Athena Nike, the Erechtheion, The Parthenon – the most famous surviving building of Ancient Greece.  We will climb Mars Hill where the Apostle Paul confronted the idolatrous beliefs of the “Men of Athens” and delivered his famous speech about the identity of “the Unknown God” (Acts 17). We continue on to the Dionysus Theater, House of Parliament, the Tomb of the Unknown Soldier and the ancient Agora (marketplace). Dinner and overnight in Athens. 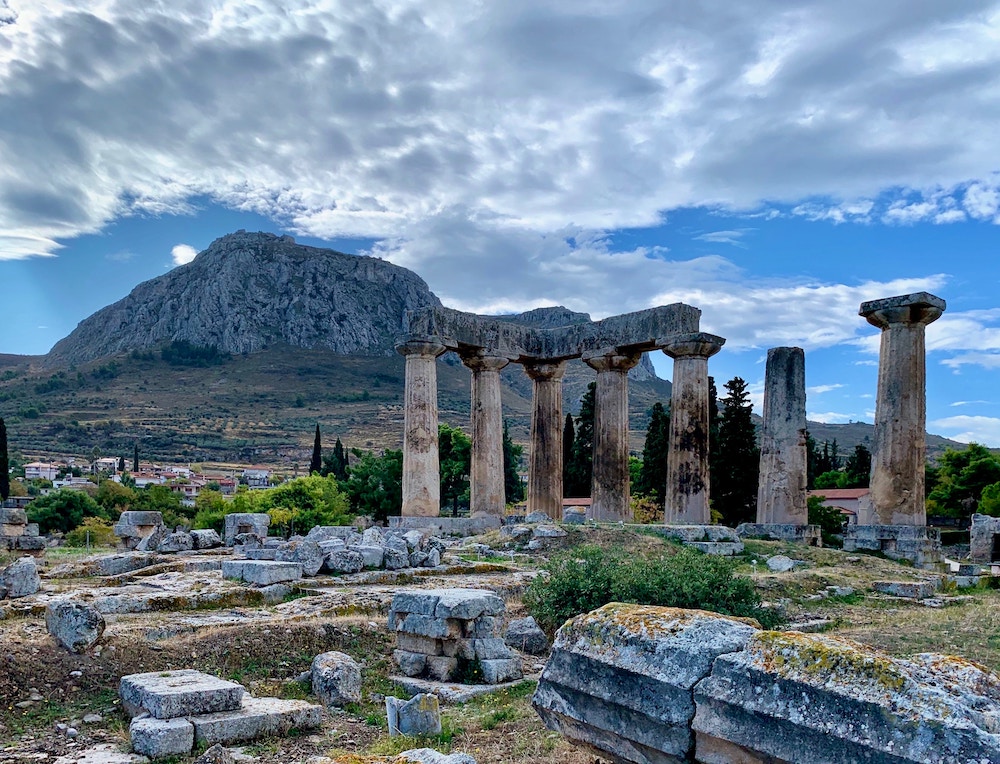 Following breakfast, we leave Athens for the ancient city of Corinth, the once glorious city near the Isthmus, where Paul met Aquila and Pricilla and spent a year and a half preaching the Word of God. Corinth is the city that inspired Paul’s most famous letters 1st and 2nd Corinthians. We will visit the Archaeological Museum, the Forum, the Temples and the famous Bema, where Paul stood before Gallio, accused of sacrilege by the Jews of Corinth. The ruins of this important cultural center are fascinating as we walk along the stone path that the Apostle Paul walked. Leaving Corinth, we will travel to Mycenae to tour the remains of the ancient city dating back to the Bronze Age (1700-1100 BC). Return to our hotel in Athens for dinner and overnight. 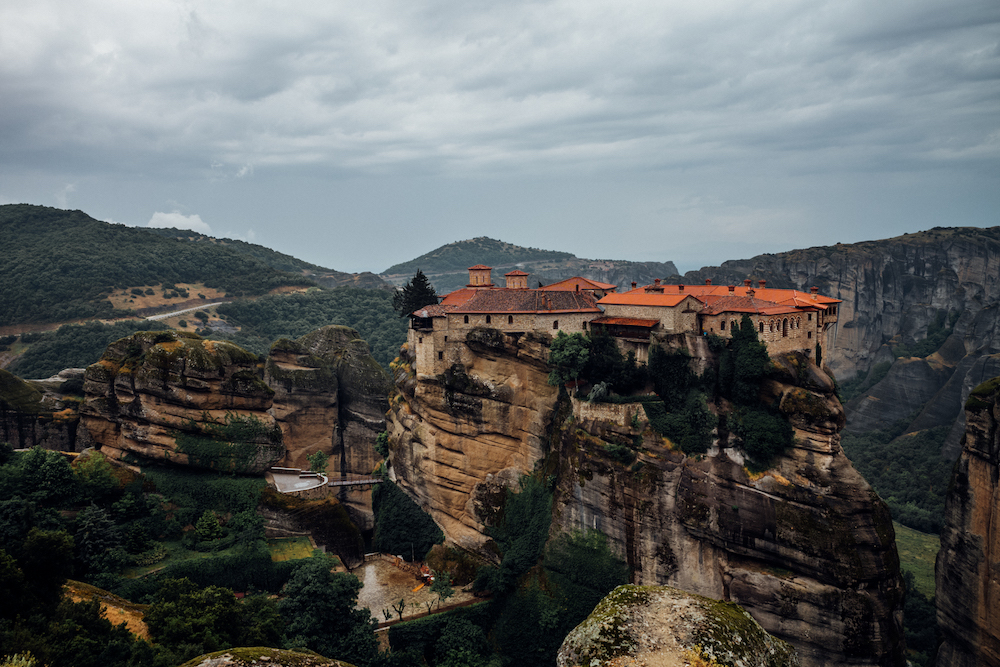 This morning we depart Athens for Meteora (“suspended rocks”) in Western Thessaly where world-famous Byzantine monasteries perch precariously on top of these rock pinnacles. First used as a religious retreat by hermits in AD 985 followed by the building of a small church in the 14th century, 23 monasteries were eventually built upon these vertical rock faces.  The monasteries represent a unique example of monastic life since the 14th century. We will have an opportunity to visit one or more of the monasteries or nunneries. Dinner and overnight in Kalambaka 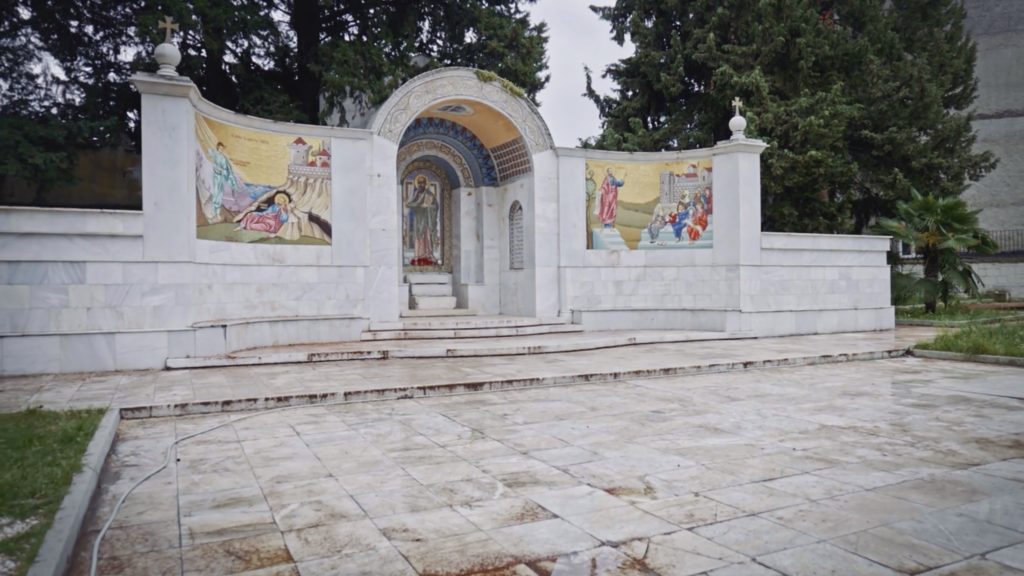 Traveling north this morning, our first stop will be a picturesque Veria (Berea). In Veria, we will view the monument commemorating the site where Paul preached to the locals in AD 54. Paul visited Berea three times as did Silas and Timothy. We then head to Vergina, one of the most outstanding archeological finds in all of Greece to see the museum of King Phillip’s (father of Alexander the Great) tomb and incredible ancient artifacts. Leaving Vergina, we continuing to Thessaloniki, where Paul’s letters to them will come alive, (time permitting) we will tour the 5th-century Church of Agios Dimitrios, the largest church in Greece and renowned for stunning mosaics and frescoes. Dinner and overnight in Thessaloniki. 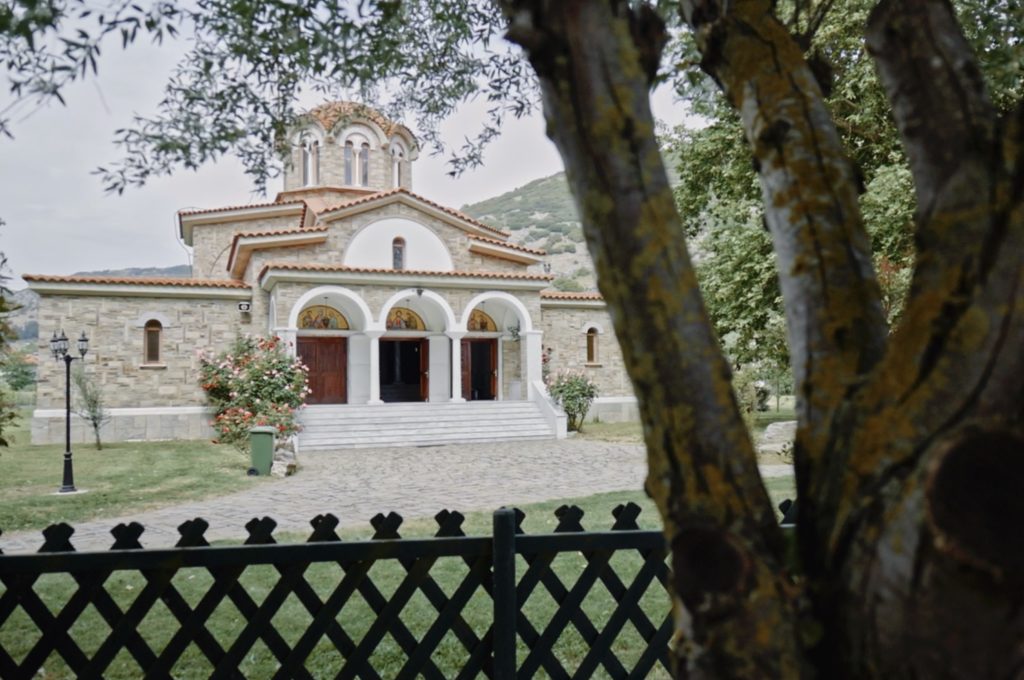 We begin the day by following the massive Byzantine wall to the citadel for a panoramic view of the city of Thessaloniki.   Following the Apostle Paul today will include excursions to Philippi and Kavala (Neopolis).  Kavala, (ancient Neapolis) is one of the most attractive port towns in Greece and where Paul landed with his disciples, Timothy and Silas. Luke, the Evangelist, also came here from Troas. This ancient city of Neapolis was the first European city to accept Christianity. In Philippi, the first place in Europe where the apostle Paul and Silas preached, we will visit the ruins, the tribunal (Bema) where Paul was beaten, the prison where Paul and Silas were held in wooden stocks, and the small “Church of Lydia”, the stream where Paul baptized Lydia, the first Christian convert on European soil.  Dinner and overnight in Thessaloniki. 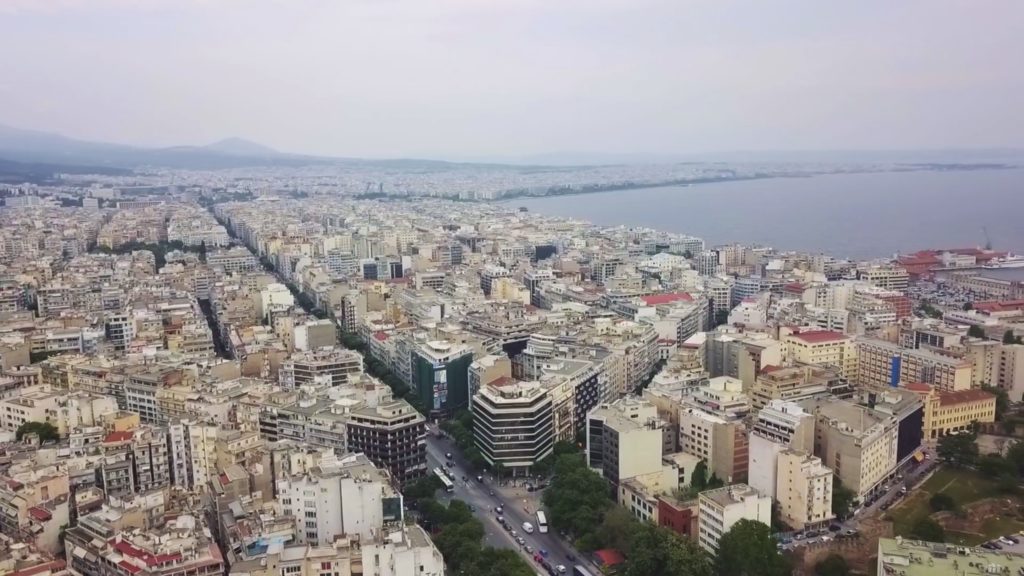 Following breakfast, we check out of the hotel and depart for the Thessaloniki Airport for our return flight to Athens. This day has no planned itinerary leaving time to explore Athens on your own. Dinner and overnight in Athens. 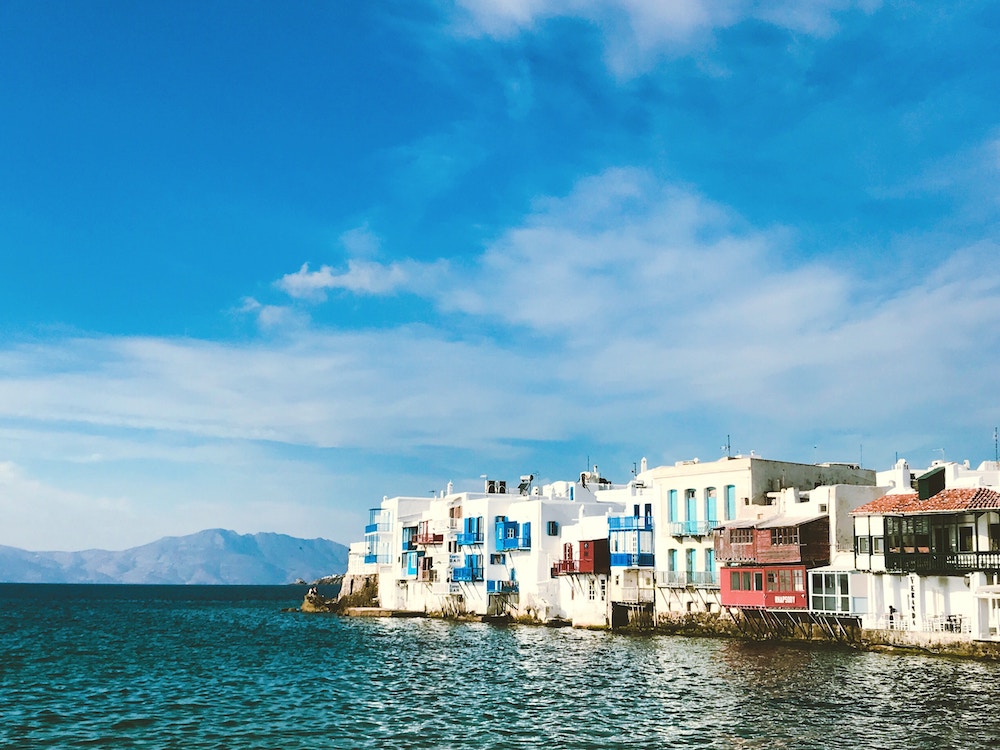 This morning we drive to the Port of Piraeus to begin our cruise through the Greek Isles. Weather permitting, there will be a late afternoon stop at Mykonos to see the dazzling white houses, narrow paved streets, shops and windmills. Dinner is served on board the ship. 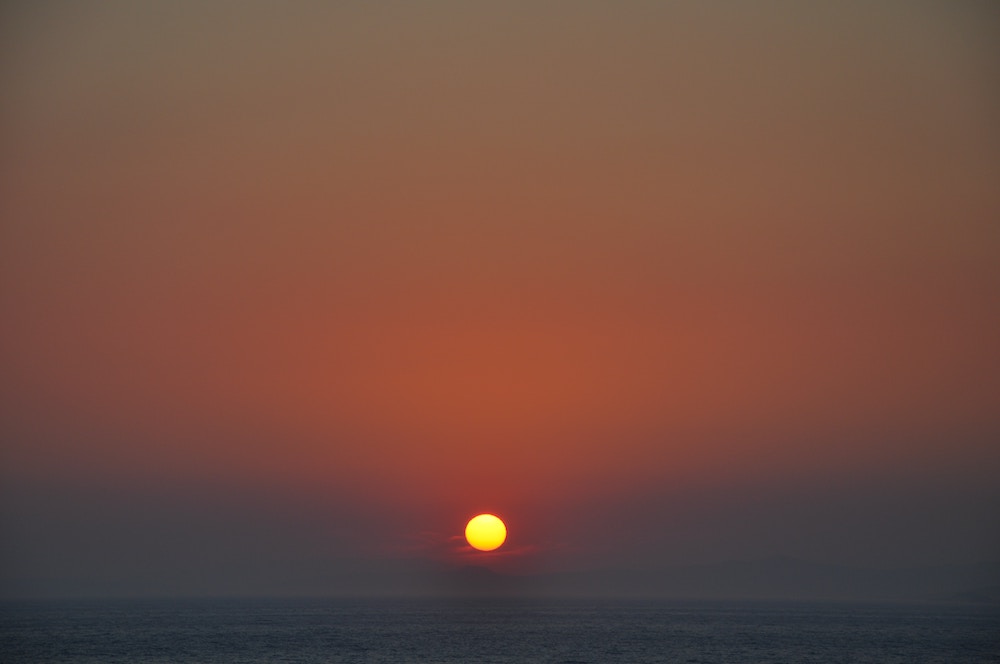 Early morning arrival in Kusadasi, a lovely Turkish port and gateway to the ancient city of Ephesus. Excursion to Ancient Ephesus (fee is included in the cruise price) to visit the extensive ruins.  Paul visited Ephesus on his second and third missionary journeys and spent 2 years preaching there.  Spending time walking among the ruins, we will view ancient monuments such as the Forum, the Odeon, the Library of Celsus, the Temple of Artemis, and the Great Theatre.  Walk along the amazing Arcadian Way, where once Mark Anthony and Cleopatra rode in procession. This is truly an impressive site giving eloquent testimony to this important and grand city of ancient Asia Minor.   On this excursion, we will pass by the Church of the Virgin Mary and The Church of St. John the Theologian built by Justinian in 527-565. Early afternoon, we set sail for Patmos, Greece, the island to where tradition holds that John, the disciple of Jesus, was exiled by the Roman government on account of his Christian faith and from where he wrote the book of Revelation. Arriving about 4:00 pm, our excursion on Patmos (fee is included in the cruise price) departs the port of Skala by motor coach for the short drive up to the Monastery of St. John, which has been magnificently built within the walls of a strong fortification. We will walk uphill toward the entrance of the Monastery for a view of the courtyard, the Monks’ dining room and the main church with its outstanding frescoes and small but beautiful museum. We will continue on to the nearby Cave of the Apocalypse, the traditional site for the writing of the book of Revelation. Once inside the cave, see the silver niches in the wall that mark the pillow and ledge used as a desk by John as he wrote Revelation and view the three-fold crack made by the Voice of God. A full & unforgettable day! Dinner served onboard ship. 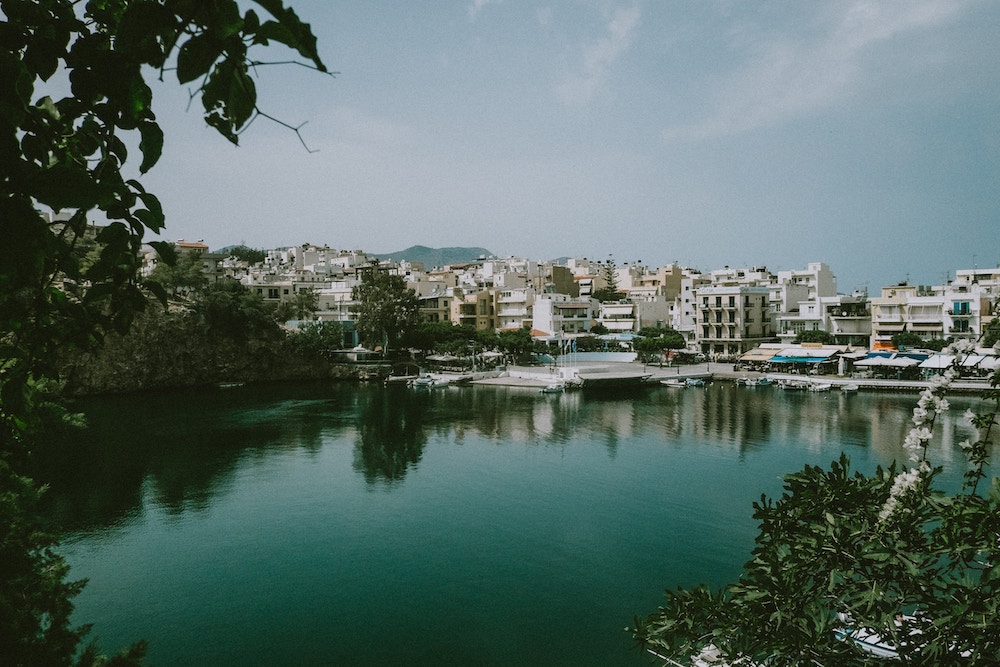 Early morning, our ship enters Heraklion, the port city and capital of Crete.  Enjoy a short stroll on your own along the pedestrian streets that have plenty of local color and character. Leaving at lunchtime, we sail to the stunning island of Santorini (Thira).  This island offers one of the most appealing natural spectacles in the entire Mediterranean Sea.  Sailing into the flooded crater of its volcano, we see two dazzling white towns perched high on the cliffs.  Walk up the 600 steps or take the cable car to the top then enjoy strolling the footpaths through the quaint town and along the cliff.   Dinner served onboard the ship. 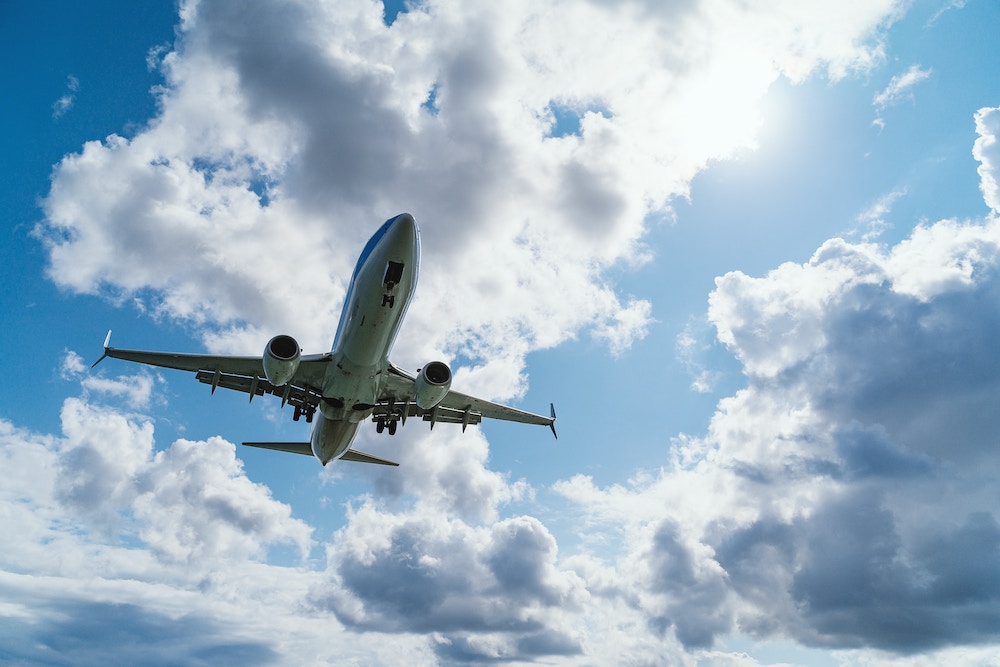 Early this morning we disembark the ship at the Athens Port of Piraeus and transfer to the Athens Airport for return flight back to the USA.

You don’t have to take our word for it.

Submit and Go to Tour Page

DON'T HAVE A CODE?

YOUR CHURCH ISN'T TAKING A TOUR?

RECOMMEND FBE TO YOUR CHURCH